Made in Hong Kong: Creation of the CSD 2016 Christmas Card 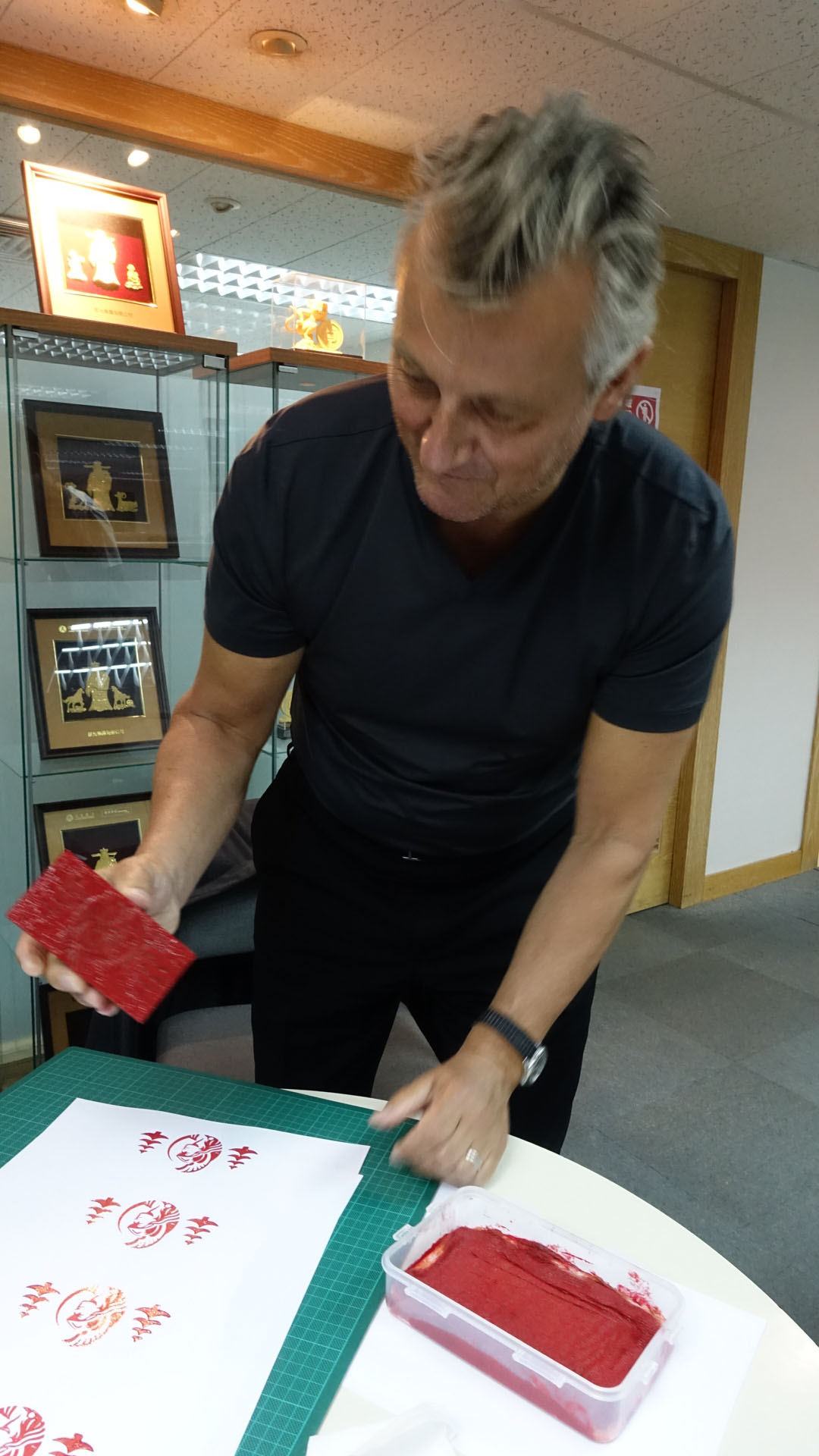 September last year with a sense of pride and trepidation the challenge to create the CSD’s 2016 Christmas card was received from London. From the onset I wanted the solution to resonate culturally with Chinese characteristics, to be relevant to both European and Chinese recipients and to communicate the values of the Chartered Society of Designers. Although more challenging, my most fun and favourite concept was to make a real hand-carved traditional Chinese seal incorporating the CSD Minerva logo, rig-up an old lithographic printing press, use traditional red cinnabar paste ink and manually print onto strips of Chinese calligraphy paper. The project would also utilise both ancient and contemporary production processes from seal carving to screen and off-set printing. Print production services were coordinated by Dr. Alex Lee FCSD and generously sponsored by Mr. K.Y Lam, Chairman of Starlite Holdings.

Chinese seals have been used for over 2500 years as marks of authentication and are still commonly used today in businesses. Historically, Chinese calligraphy artists would hand carve their own seals to mark their paintings with their name, the name of their studio, the painting’s date and even an accompanying poetic or auspicious sentiment. An Eternity Stone was selected for the distinct identity of the CSD Minerva logo and symmetrical pagoda-style Christmas trees. These elements were partially laser-cut and then hand finished by an artisan seal-maker experienced in the traditional hand carved method. 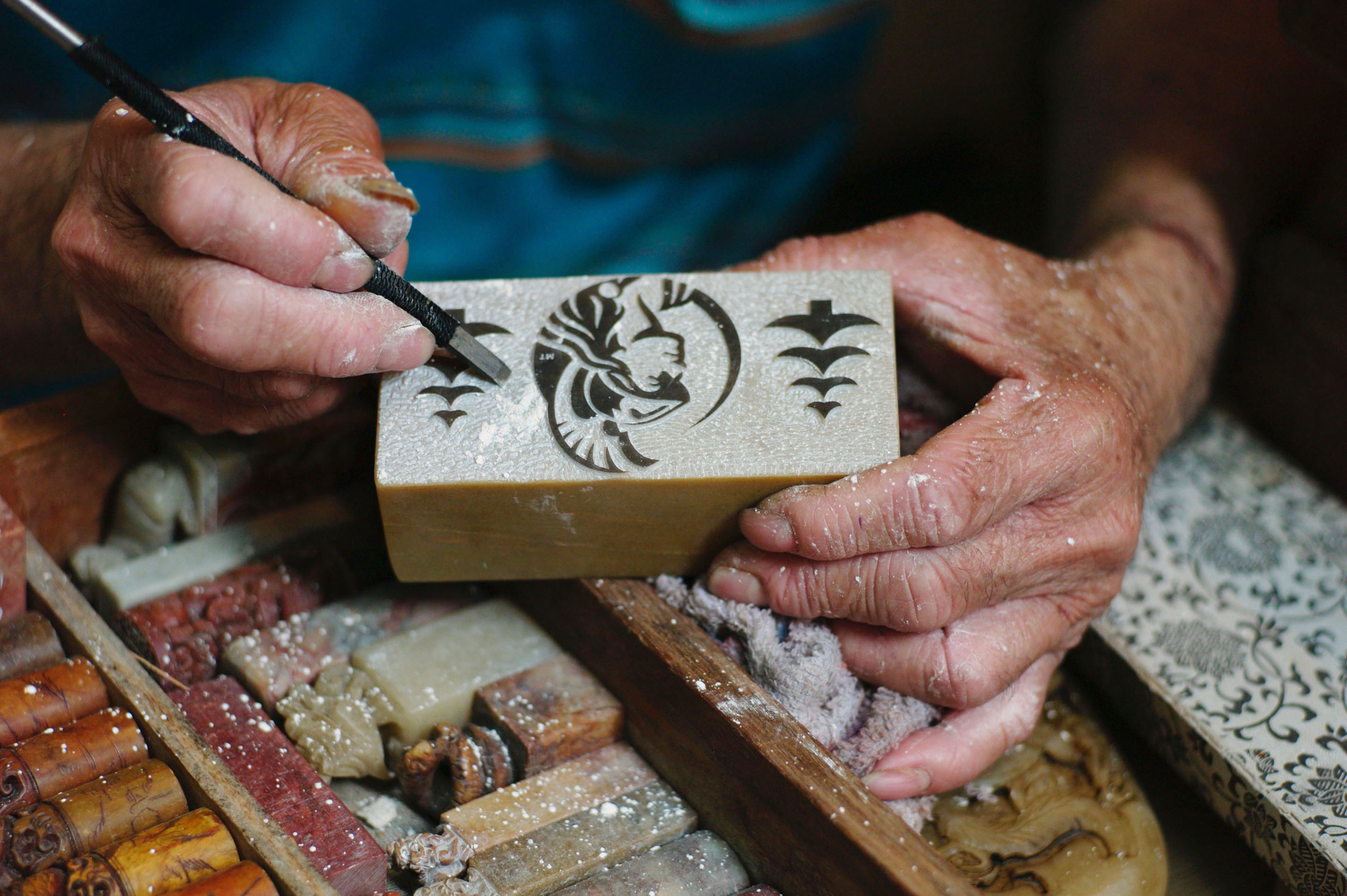 Photographs were taken on site of the very final stages of the seal’s hand carving to show authenticity. Various test-prints were made by inking the seal with traditional red paste on different paper stocks in preparation for selecting the best imprints for artwork.

With a print run of 5,000 cards and accompanying envelopes, a practical mass production solution was established with our sponsoring printer Starlite Holdings. Different screens were proof tested and finally a coarse screen was selected to best replicate the appearance of an original Chinese inky seal.

Excluding the making of the seal, several production processes were employed in creating the 2016 CSD Christmas card and envelope. These included screen printing on textured paper strip and hand finished attachment of the strip onto card, four colour off-set printing, embossment, hot-foil stamping and various die-cutting, creasing and folding.

Using a seal as a medium for the project, we were able to express the Chartered Society of Designers distinct mark of authentication. 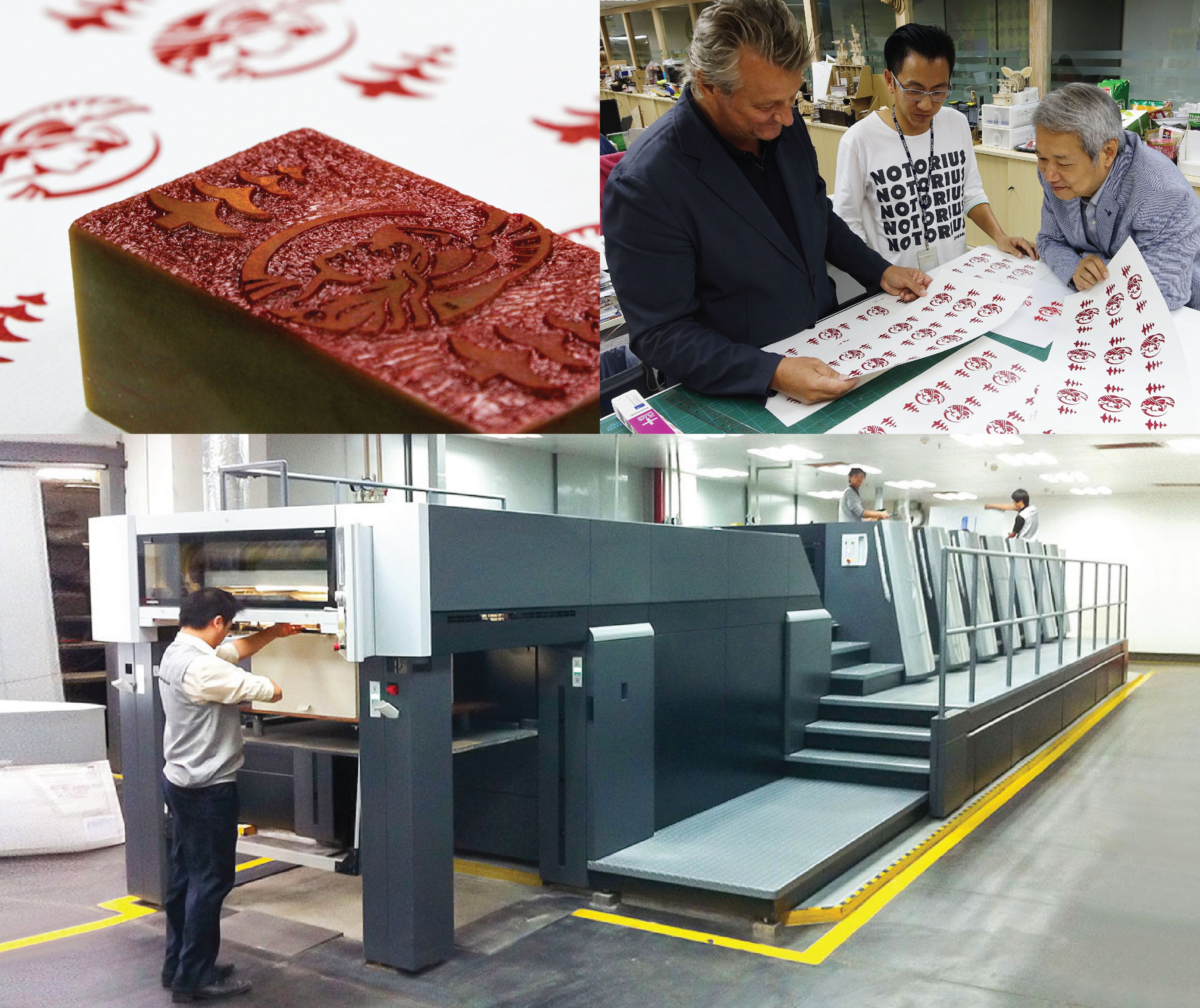 Tom Grey is the founding partner of MAN GREY, a design consultancy based in Hong Kong.