Oliver Bayldon FCSD Reflects on a Career of Television Scenic Design in ‘The Veteran’, 2013

Oliver Bayldon FCSD, a Fellow of the Society since 1986, reflects on ‘the plywood world’ of television scenic design and its transformation in an article from the 2013 Winter Issue of The Veteran, the magazine of the British Cinema and Television Veterans.

‘At the age of five, I was taken to see Where the Rainbow Ends at the theatre as a Christmas treat and was wildly impressed by the décor. When I got home I started making model stages of cardboard and Plasticine and announced I was going to become a theatre designer!’[1] 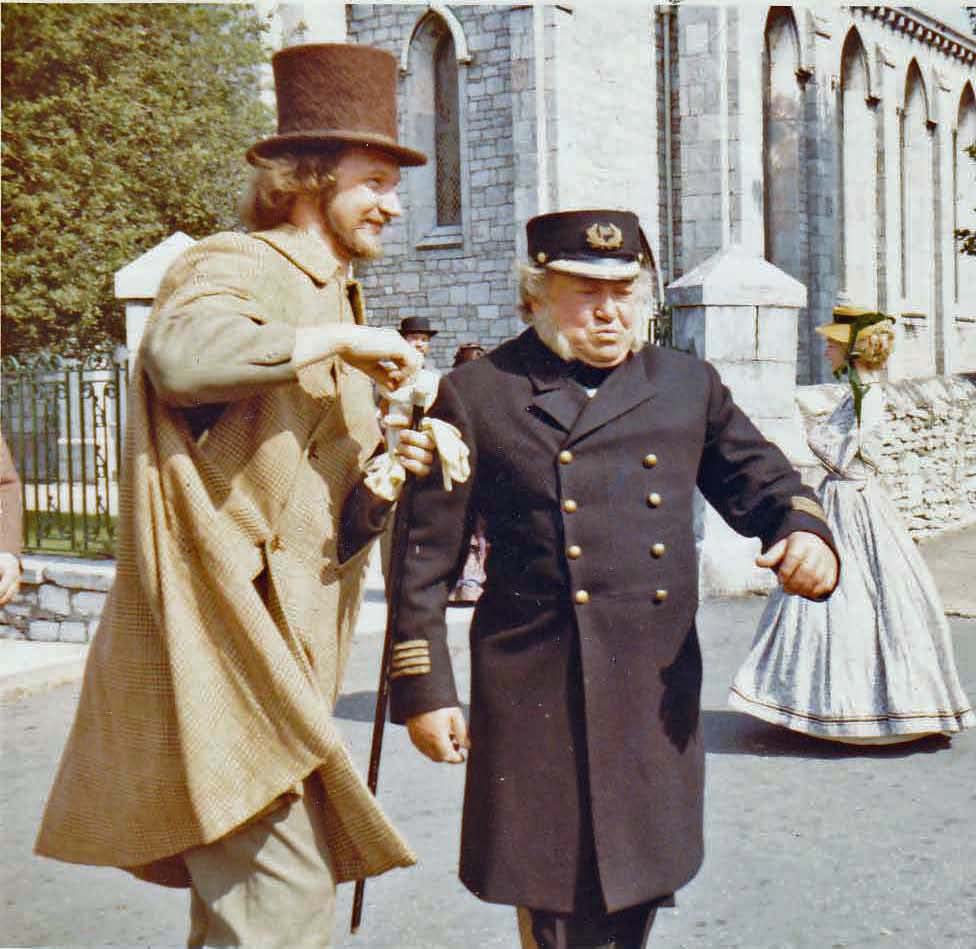 The Designer with James Hayter

Bayldon writes that while employed as an assistant designer at the Theatre Royal, Northampton, it was Ken Loach who first turned his thoughts to television. A design position at the BBC jumpstarted a career in television set design at a time when ‘computers were a science-fiction joke’[2], television sets retained an air of mystery and the celluloid media boom had not yet begun.

At its peak in the 1990’s, the BBC Scenic Design Department had over 130 designers, plus freelancers, working to create vivid programs. The vast creative panel was then shut down by Director-General, John Birt.

In his article, Bayldon provides personal in-depth accounts of the technicalities, developments and thrills of working in the BBC’s studios during the buzzing Carnaby Street era of the sixties; a time in which many of leading minds behind television were women. He cites the expertise of producers and directors such as Joan Craft, Rosemary Hill, Anne Head and Jane Howell and proclaims in this exciting piece that, ‘optimism was everything. This was an age of expansion.’[3]

‘Imagining a world out of nowhere is very fulfilling: the settings, images, characters, moods; the shadows, reflections and angles; the drama. Art deco hotels, Georgian prisons, Victorian homes – though I use sketches, other designers worked mainly through models – especially for abstract designs. No digital visualisation in those days! … We had to make studio exteriors and interiors believable within the confines of an industrial process while somehow giving it style. We did not always succeed.’[4] 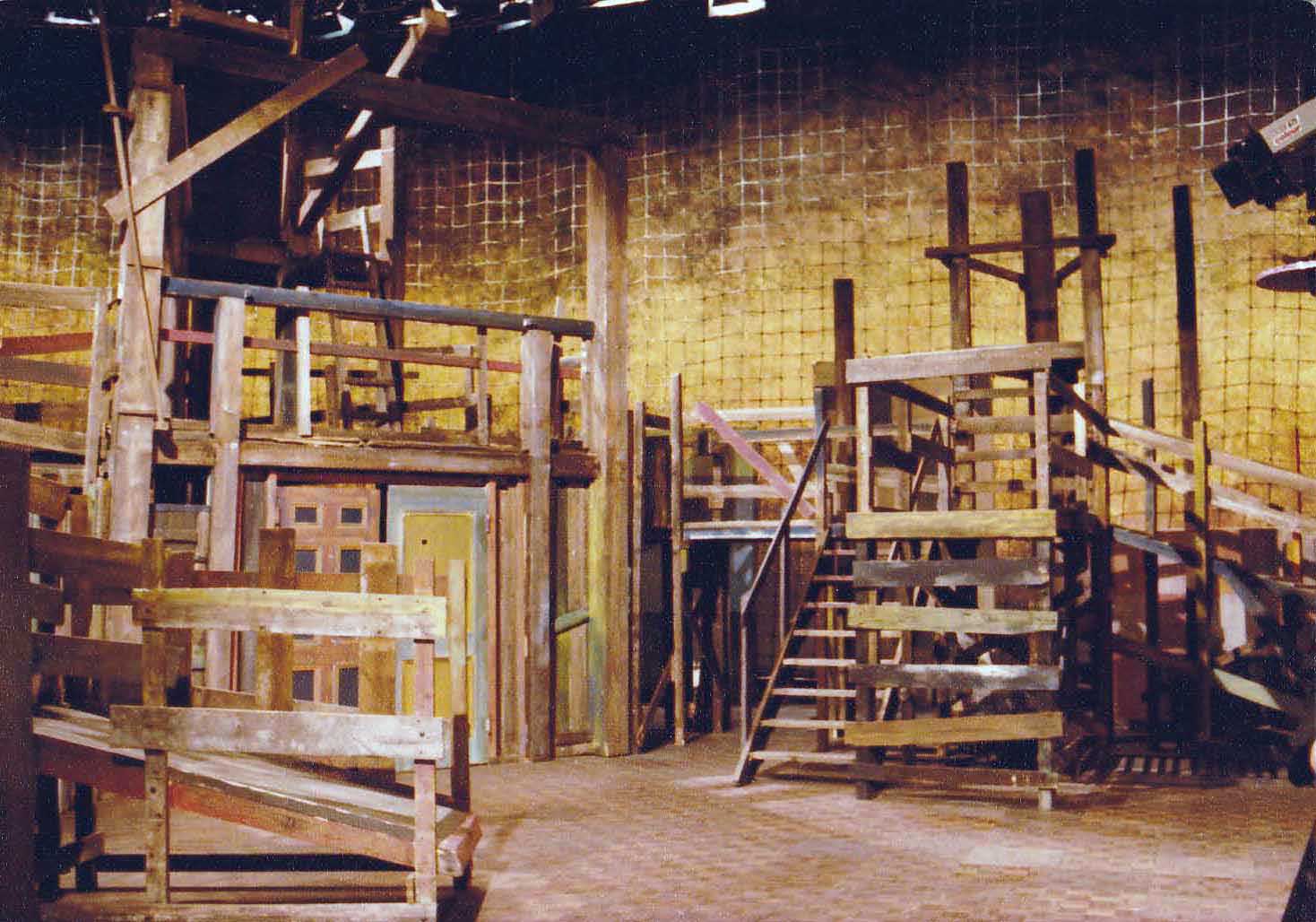 Despite television design’s daily call for a rapid reimagining of space, Oliver Bayldon’s design career with the BBC was not limited to the studio. He travelled from one location to the next, suffering sea-sickness and overbearing heat, from Belfast to Sierra Leone, researching Shakespeare to Sci-Fi and the Gothic, in order to create visual style for a variety of popular television shows such as The Onedin Line, Poldark and Uncle Silas (Dark Angel), as well as the prestigious BBC Shakespeare series.

He describes how designers working in television between the 60’s and 90’s were required to hit the ground running on every project. ‘A façade of chaos masked an invisible drive’[5]. Bayldon worked with Ridley Scott, then a freelance director working on Troubleshooters, in his days as a BBC designer and writes how he was consistently full of innate energy, adding, ‘He is a perfectionist still.’[6] 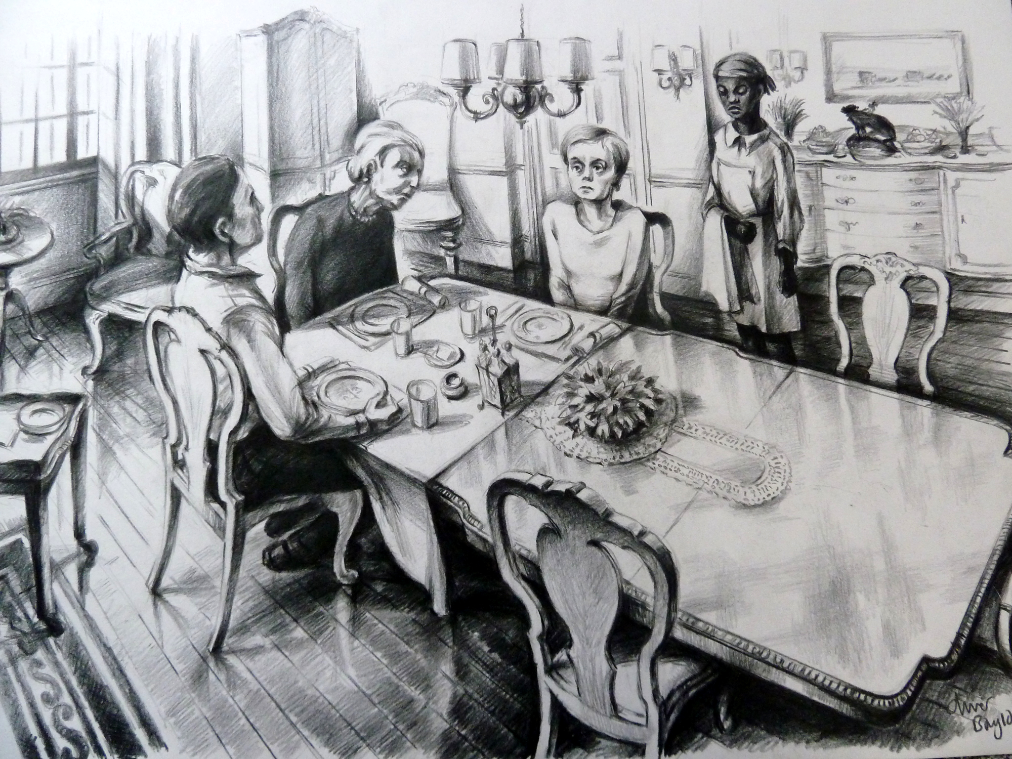 The specific detailing of sets like the ones Ridley and Bayldon worked on was a precursor to the expansion of consumer viewing experience. With the introduction of colour, the viewer’s relationship with design reached a new degree. In turn, designers went on BBC-provided courses to learn about the potential of colour television and how to adapt and optimise the future of set design. Technology was developing and the shift towards digital had effectively begun.

In the late 60’s Bayldon writes that he was lucky enough to receive two design nominations to work on up-and-coming programs. From there it was a climb to success and working with some notable talent. The designer later received a Royal Television Society Award and following that, a Design BAFTA for his work on the TV film, Memento Mori, written by Muriel Spark and directed by Jack Clayton. 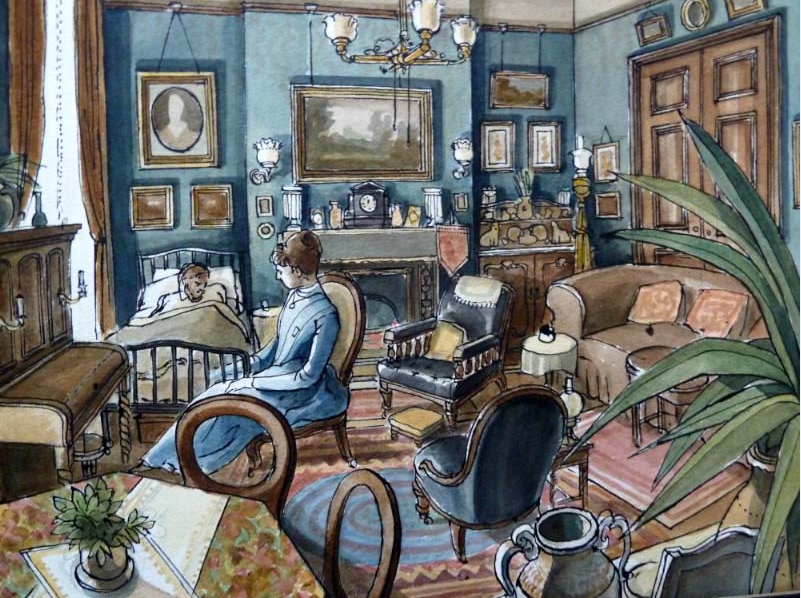 A Question of Guilt: Adelaide Bartlett 1980

Today, a long way away from building sets on workshop floors and reconstructing them piece-by-piece, this CSD Fellow has published a novel, Acts of Defiance, on the subject of the entertainment world, and is currently working on a second. His craft is one that has a well-earned and significant position in the legacy of media and design and his work has influenced much of what has come after, as this inspirational article from The Veteran shows.

[1,2,3,4,5,6] THE VETERAN, Issue 141, Winter 2013, with the full article plus illustrations, can be obtained price £5 per copy (including postage) from British Cinema and Television Veterans, 22 Golden Square, London W1F 9AD, cheques payable to BCTV.