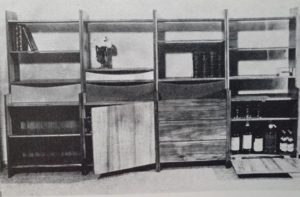 It is with great sadness that we post the news that Sir Terence Conran has passed away peacefully at home today at the age of 88.

Terence not only change the way we lived, socialised, relaxed and thought, he also changed the course of design influencing so many from the 1960s onwards.

He brought European culture and lifestyle to the British public and influenced the way we entertained and ate complimenting the influence of Elizabeth David on our dining habits.

His career was astonishingly varied, helping to shape post-war Britain, working on projects for the Festival of Britain, designing exhibition stands, textiles, ceramics, furniture and interiors to major architectural projects whilst changing the face of retail, introducing ‘flat-pack’ furniture long before it became the norm. A truly multi-disciplinary designer with vision integrating business and design.

He epitomised the 1980s entrepreneurial spirit in applying design thinking to the redevelopment of Butler’s Wharf and Shad Thames culminating with the opening of the Boilerhouse and Design Museum.

In addition to numerous awards and honours, Sir Terence received the Society’s highest award the Minerva Medal and in 2003 the Prince Philip Designers Prize.

Our condolences go out to his family.