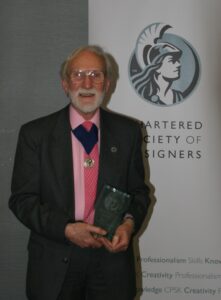 Yesterday we received the sad news that a dear friend, colleague and trustee of the Society, John Sermon PPCSD had left us on Saturday 10 July aged 89.

The Society has had and has members of long standing however none have shown such dedication to the Society over so many years as John did.

He first served on Council in 1963 as the Chairman of the Chiltern Region of the SIA and was always proud to have been involved in organising the Chipping Camden Conference ‘Outlook and Insight’ in the summer of 1963. This was followed by service as the Chairman of the South East Region, Vice President on the Professional Practice Board and on the Committee of the Interiors and Furniture Group and the General Consultant Designers Group. 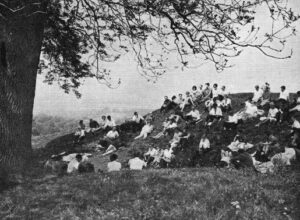 Over the past two decades John served as an Elected Member of Council, Vice President, Honorary Secretary and Honorary Treasurer. He served as President from 2005 until 2007.

John was the first person to receive the CSD Service Award at the AGM in 2015 marking 52 years on the Councils of the SIA, SIAD and CSD of which he served until Saturday, a remarkable 59 years as a Council member and 68 years a member.

His recall of past events has helped give context to many of the matters requiring the Society’s attention, and his experience has proven invaluable to both trustees and staff. He will be sorely missed by many.

The thoughts of us all are with his wife Pam and his family.

If you wish to receive details of the arrangements, please email csd@csd.org.uk and we will let you know once we hear from John’s family.